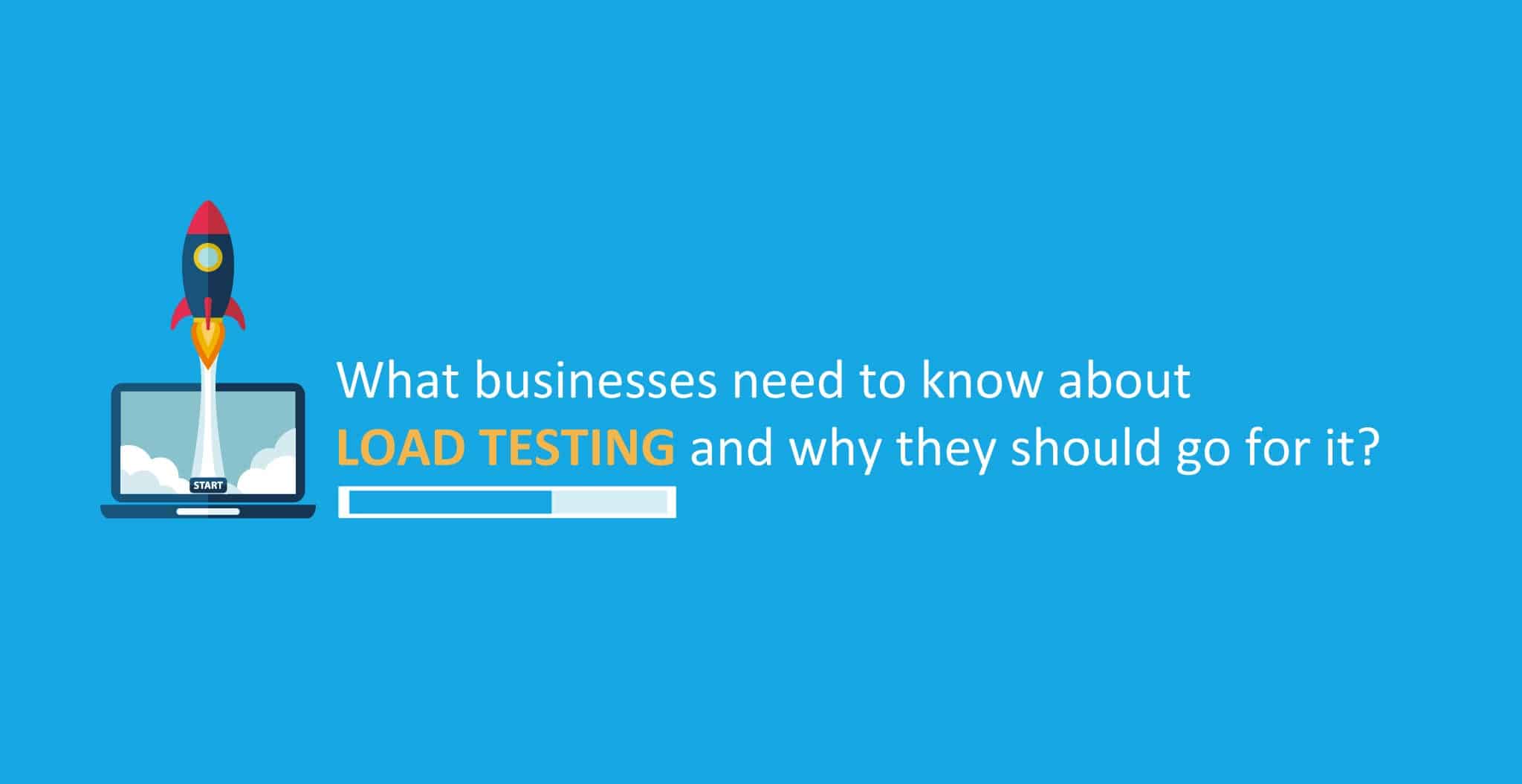 With the upsurge in the adoption of technology in various business environments and organizations increasing reliance on software applications for core operational transactions, the need for fast, reliable and stable performing applications has become an absolute necessity.

The possible drawbacks on an organization’s business due to performance issues are revenue loss, poor end-user satisfaction, high maintenance cost and increased cost to scale up.

There is an increasing demand from customers for fast and reliable applications not only to meet their growing business needs, but also to gain a competitive edge in the market.

Load testing is the discipline concerned with designing and executing non-functional tests to know the current performance of an application vis-à-vis the speed, scalability, stability, and other performance parameters.

Load testing is apt for software solution providers as a diagnostic tool to locate bottlenecks and performance issues within an application.

In Load testing we endeavor to question ourselves the following and address the same by evolving an effective testing methodology.

What is Load Testing?

Load Testing is a testing process that determines how software applications affect the user experience when they are used simultaneously by many users. With Load testing, we will be evaluating the system behavior/degradation with various loads and/or configurations to ensure:

a) that the system meets the performance requirements as defined,
b) determine the capacity of existing systems and
c) create benchmarks for future systems.

Why is Load Testing important?

Load testing is important because sometimes popular sites often suffer from outages when they draw unforeseen traffic on their pages. To avoid such outages, via the various tools we use, we ensure glitch free usage of an application.

What is the process involved in Load Testing?

To ensure that the load testing is conducted in a systematic, well documented with timelines, the following process is adopted:

What is performance benchmarking and baselining?

Performance testing helps assess your application through the speed, effectiveness, scalability and reliability.

What are some important metrics captured during load testing?

There are curated metrics that are captured while performing load testing. These metrics are captured by analyzing products.

What are the popular testing tools used in performance testing?

When is the right time to get load testing done?

When the application is relatively stable and before rolling it out to production would be the right time to get load testing done for your application. Also, load testing should be done at an early stage to assure performance consistency across user loads, to ensure speed and scalability with current infrastructure and for continuous stable performance.

Let’s face it, the web and application development industry is continuously pushing thousands, even millions of products each year. Not a lot of these undergo testing! Thankfully, there are companies...

Out with the old. Testing practices you need to quit now!